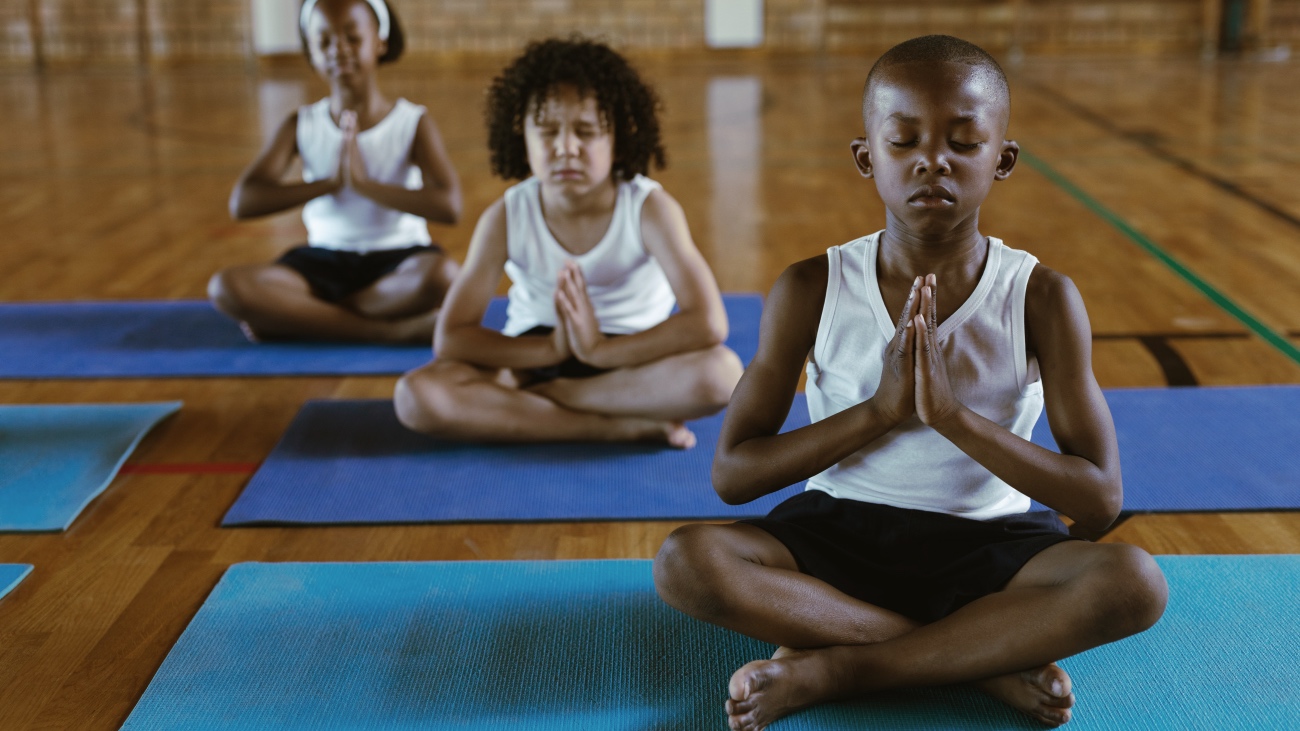 Mindfulness, Yoga and Schools: An Opportunity or a Problem? 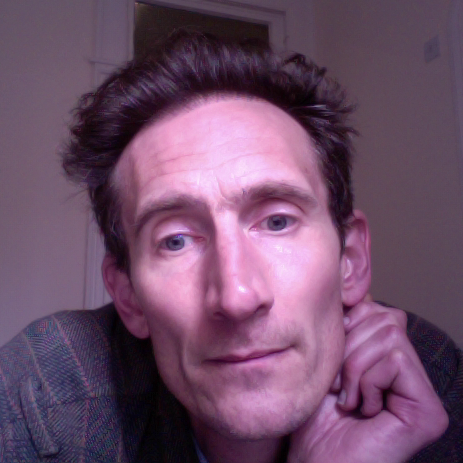 The debate on the use of Mindfulness and Yoga in Catholic schools has raised the issue of Catholic attitudes to non-Christian religions. Having origins in non-Christian religions do these practices carry spiritual connotations which may not be compatible with Christian practices or teaching. This issue can seem bizarre to teachers of Mindfulness and Yoga who, on the whole, don’t see their practices as religious. Certainly in schools they are usually taught as a mental-physical calming exercises to encourage pupils to pay attention, and not generally regarded as spiritual. So, from the beginning, the two sides of the debate don’t agree on what they are talking about.

Mindfulness has its origin in Buddhism, even those like Jon Kabat-Zinn who teach it purely as a therapeutic practice admit that it is from Buddhists like Thich Nhat Hanh that the practice first came to the West. Yet most Mindfulness teaching today has taken off its Buddhist robes. It is used clinically with Cognitive Behaviour Therapy and more generally as a practice for stress relief; in schools to cultivate attention and calmness. In all these contexts what is taught are practices of ‘being in the present moment’, letting go of anxious or restless thoughts, re-integrating the mind with the body. The means is usually an open monitoring of bodily sensations, thoughts as they pass through the mind, without identifying with them, or simply the breathing. Relinking the mind with the body in simple awareness exercises helps unhook from anxious thinking about the future or repetitive thinking from the past.

It is the same with Yoga. There is no doubt that Yoga has its origin in the moral, religious and meditative practices of India, and yet also only a fraction of this is presented in what we commonly know as Yoga in the West. The physical exercises of hatha yoga, practiced as they are for their benefits to the body and the mind, are but one of the eight ‘limbs’ of Patanjali’s classic Indian text on the yogic life written around 350 C.E. The aim of asanas or physical exercises, for Patanjali, is to calm the mind so that we can realise, in meditation, that we are not our bodies or our minds. The ultimate aim is to distil or ‘extract’ the spiritual essence of who we really are from the body-mind sheath.

Now if we turn to the Christian/Catholic side, certainly the idea that if something is not of Christian origin then it cannot be taught in Church schools can’t hold water as the majority of the curriculum (and sports) are not of Christian origin. However, Religious Education in Irish Primary schools centres on the Christian/Catholic tradition; if the aim is to give a formation in the predominant religious culture of our land in its history then it is understandable one wouldn’t want to introduce ‘different’ influences. One wouldn’t teach Maths during an Irish language class, and, as Mindfulness and Yoga have links to distinctive religions they wouldn’t be taught in specifically Catholic/Christian education. However, in Irish Secondary Schools Religious Studies includes study of non-Christian religions, so one assumes these practices have a right there.

In reality it seems Mindfulness (and, to a lesser extent, Yoga) are used by teachers who find them beneficial in calming and recollecting their class. These are, as yet, a small proportion of teachers (more often in Secondary than Primary schools) and few would say they are using these Mindfulness and Yoga in a religious sense. There is evidence that they can help pupils with Attention Deficiency (an increasing problem in the Social Media age). Focusing on sense awareness helps unhook pupils from multiple distractions and leads to better attention to the learning task at hand. Conscious physical stretching helps integrate mind and body so they work better together, as a whole.

Since the Second Vatican Council Catholic Christians, “while witnessing to their own faith and way of life” are urged to “acknowledge, preserve and encourage the spiritual and moral truths found among non-Christians, also their social life and culture” (Nostra Aetate, section 2, official translation ed. Austin Flannery O.P.). This Council, ratified by over 2,400 bishops, affirms that, “The Catholic Church rejects nothing of what is true and holy in [non-Christian] religions. She has a high regard for the manner of life and conduct, the precepts and doctrines which, although differing in many ways from her own teaching, nevertheless often reflect a ray of that truth which enlightens all people” (Ibid). If a tree is to be judged by its fruits then Mindfulness and Yoga have, on many accounts, proved to be life-giving and helpful. Catholics have reason to hold them in “high regard.” The question remains whether these practices – good in themselves – are replacing Christian prayer practices in schools. The Rosary has not been used in Religious Education classes for some time now, so it is not Mindfulness that has squeezed it out. Rather the interest in Mindfulness could prompt Catholic schools to tap into Christian practices of contemplative prayer which have proved popular and accessible to children.

Indeed, the practice of Christian Meditation in Australia, for example, is part of every Catholic school in some dioceses and taken up voluntarily in others. Christian Meditation Ireland offer a free in-service to schools in Ireland since November 2012 and, over the last 7 years, 210 primary schools have joined the project, introducing meditation on a whole-school basis to about 50,000 children… It can be taught in an inclusive way to children from all religious backgrounds and none, without in any way diminishing the Christian understanding of the practice…All the children in a class can sit together in silence in focused-attention meditation - children of a faith tradition can practice it from the intention of that tradition – while those who are not affiliated with any faith tradition can practice it from a secular mind-set with a focus on its practical benefits. As secular practices Mindfulness and Yoga are attractive as schools have a large proportion of children who are not brought up as Catholics and, increasingly, a proportion from other faiths. There is a need for a practice which everyone can join in.

The limitations of Mindfulness and Yoga is not so much their origins in Oriental culture but their assimilation as simply psycho-physical exercises in the West. Mindfulness and Yoga can bring the mind and body in harmony but, without the full religious traditions from which they come, they do not necessarily take us beyond the narrow horizon of materialistic view of the world. Body awareness is good, but it is not necessarily a spiritual practice. We must remember it is not non-Christian religions which are going to displace Christian practice in schools (or other public forums in Ireland) it is secularism. The Catholic Church could encourage Mindfulness and Yoga to reconnect with their roots and not denigrate the more spiritual aspects of these practices. Most of all, those who work for the wellbeing and good of pupils in school must work together, and not be in competition with each other… For Catholics mindfulness and yoga can be practiced as preparatory for prayer, to calm the body and mind so one can be still so as to be aware of the deeper presence of God within and among us. Christians are called to be generous in their appreciation of others and, with discernment, recognise good in practices that may be different from those we are used to. As educators we also need to meet pupils where they are: so if Mindfulness has proved helpful then why not find our own tradition of contemplation? It is an opportunity to do what the Second Vatican Council asked, “to create in every country the possibility of expressing the message of Christ in terms suitable to the times and to foster vital contact and exchange between the Church and different cultures” (Pastoral Constitution on the Church in the Modern World, Gaudium et Spes, 44).

This is a shortened version of the text written by Dr Stefan Gillow Reynolds, author of ‘Living with the Mind of Christ: Mindfulness in Christian Spirituality’ (DLT, 2016) and ‘The Wisdom of Love in the Song of Songs’ (Hikari, 2018).

Previous Story
← Running a Yoga Teacher Training Course? Now is the Time to Prepare
Next Story
You're A Cyclist. This Is Why You Should Be Doing Yoga →

These Stories on Roots of Yoga

Yoga and The Ecological Emergency: Abbreviated